Greetings via a step away from Facebook. I’m going to be using the valuable but some times confounding tool of social media while focusing my attention on my website and attempting to deliver better and more salient content that serves the Near East Yoga community.

For many years I would write a monthly email extolling the virtues of Ashtanga Yoga and the positive results of a regular and devoted practice. Most folks, I think, read the emails and I had the comfort of knowing I’d said my peace and was able to then focus on teaching, the daily running of the studio, doing my own practice and study and living in the results of a yoga lifestyle.

When Facebook came about, it seemed a line of demarcation was drawn between the old fashioned method of an email and the new fangled, seemingly personal approach, offered by social media. Social media is certainly personal, through photos and one-liners but as time passed, it has seemed driven by consumerism and competition and I felt less inclined to share my words and ideas and somehow left behind an aspect of support to my community that I have greatly missed and feel again is needed.

I have felt a grief over the past few years of this loss and seek to remedy the loss in this medium. This former reticence, I believe in hindsight, was due to the magnitude of content being published via social media and an increasing sense of vacancy I felt the medium was quickly creating. In short I am going to return to commenting on and extolling the virtue of Ashtanga Yoga, to inform and encourage people to return to the mat or reaffirm their dedication to a true lineage system that when put to action, far outstrips the benefit of yoga on a class by class basis and bring into focus the need for a dedicated practice to bring about authentic results.

I again want to share what I have learned but without trivializing the content and certainly not having to compete for a space in a digital realm that has been grasping for your attention. Instead I’ve focused on learning and teaching and leaving the marketing up to a new crowd of yoga teachers better suited to building a brand rather than keeping a standard of practice that Ashtanga Yoga demands.

Social media and the fast-and-furious approach for which it stands, had gobbled up any chance to offer meaningful content that showed yoga to be the simple, community-centered, lifestyle choice that grows deeper with effort over time. What has replaced the simplicity is an approach that mirrors the celebrity and advertising culture we have fallen prey to and the pitfalls of depression stemming from a need for constant fame and the false idea that what we already practice is not as good as the next new thing.
Yoga is not about being the best and there is no merit in chasing after the next trend.

A few months back, in an attempt to reclaim the real-time, carbon connection of humans sharing in great activities can offer each other and directly confront the celebrity status plaguing the culture of yoga teaching , I asked a few of the Yogis at Near East Yoga to share their experience and view of yoga. Although my role at Near East Yoga is well established, my thought has been to bring forward members of our community and learn through what they share and believe to be true of yoga.

To be frank, the Ashtanga Yoga culture at large often holds youth and athleticism to be the highest ideal and often it’s not the dedicated and the wise person leading the culture but rather the young, bendy and time or money wealthy folks , who by striving to be at the front of the room and be the speaker for yoga, often miss the point and overlook the deep dedication of many folks not so inclined or endowed.

What you now are about to read are not my words, and I thank you thus far for indulging me- here is what our good friend and dedicated Yogi Celeste has to say about her practice. Cheers and thanks.

See you soon and often- Casey

My asana practice began in headstand, watching TV, in my Catholic childhood home in Chicago, reading tips from a glossy yoga book that caught my teenage eye. Despite this ironic – or simply predictable – start, it wasn’t until twenty years later at Near East Yoga, that my yoga study truly began. Bored by repetition and annoyed by loud breathing, I was convinced I would hate the Mysore style of the Ashtanga system. But at NEY, students practice as individuals, following their own breath and cadence. Casey moves about the room, offering adjustments, humor, or a passing comment that somehow links the placement of my index finger to ancient wisdom. I now practice 3-5 times per week.

Physically, the practice deepens my dragon boat racing stroke, aligns my body while bicycling, smooths my punch in kickboxing and strengthens my acrobatic technique. If one encountered me in a NEY workshop on the Yoga Sutras of Patanjali, I’d be the one with a healthy dose of cynicism, but still bursting into laughter at the absurd truth of it all. As a Registered Nurse, my work easily sends my mind and body racing. The spirit side of yoga asks me to settle in to the present moment, observing distractions and impulses as they reverberate within and without me. And this is relevant whether I am standing on my head or I am watching TV. 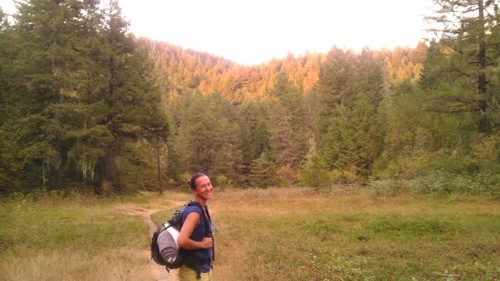